From The Desk of Marcus Lamb: February 2019

Spring Heart for the World is February 25 – March 4. I hope you will do like Jesus said, “Watch and pray.”

Just a few days ago, I got to preach at the World Conference at the Gaylord Opryland Hotel in Nashville, Tennessee for Dr. Morris Cerullo. What an honor to be invited by this living legend of the Gospel. There were thousands of people there from all over the world. When I asked how many of them watch Daystar, over 90% of them raised their hands!

Rebecca & Jonathan Weiss were just in Europe in several cities in Italy. Part of it was for a Messianic Jewish Conference. The newlyweds have now been married for about eight months.

Joni has received one of the greatest honors for anyone who is involved in Christian Music. She has been asked to collaborate on finishing several songs that Fanny Crosby started writing over one hundred years ago. Of course, Fanny Crosby wrote the famous hymn, Blessed Assurance. She was blind so think about these words, “Visions of rapture now burst on my sight!”

Joni will be recording these songs in Nashville along with people like Guy Penrod, Russ Taff, and Fred Hammond. There are a couple of top female artists who may also record with them. (If anyone is deserving of this special honor, our Joni is!)

This special music project CD will be offered during this Spring Heart for the World. This is an historic opportunity! Please pray for the anointing to be on this music CD which will bless people around the world for many years to come.

Yours for Christian Television,

P.S.  Don’t forget to send us your Prayer Requests. 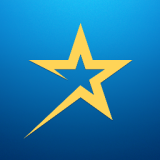